Alcañiz is the second biggest city in the district of Teruel. It is part of routes such as the Route of the Easter Drum or the Route of the Three Kings, as well as important gastronomic routes.

Our location is perfect for excursions to the tourist areas of the regions of Bajo Aragón Histórico, Matarraña and Andorra Sierra de Arcos, as well as the Maestrazgo mountains and the town of Caspe. 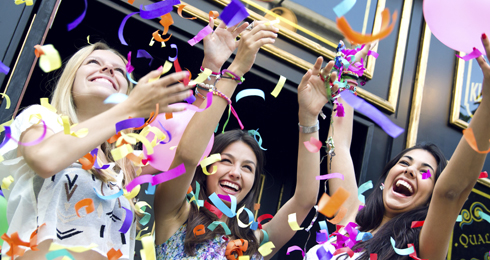 Alcañiz celebrates its local festival from the 8th to the 13th of September, although it also enjoys important events throughout the year such as Easter, the Festival de San Jorge, the MotoGP Grand Prix at MotorLand Aragón Circuit and fairs such as Exporústica, Autoclassic and Expoguay.
MOTORLAND: THE PARADISE FOR SPEED LOVERS

Hotel Ciudad de Alcañiz is the closest accommodation to the MotorLand Aragón Circuit, located 3 kilometres away.

In order to provide accommodation for the different motor-racing and sport teams, the hotel has recently opened three private areas each measuring 200 square metres in size, distributed into 5 bedrooms. They are comfortable and functional rooms that perfectly preserve the intimacy of the members of the motor-racing teams.

The Aragon Motorcycle Grand Prix is the star race which is held in Motorland. This event has won a certain respect in the Road Racing World Championship Grand Prix, along with the Spanish Grand Prix which is celebrated in Jerez and the Grand Prix of the region of Valencia which competes in the Ricardo Tormo Circuit.

The setting where both races are celebrated couldn’t be any more spectacular. Motorland Aragon is the great Motorcycle City in the Aragonese community.

Its Speed Circuit, measuring 5,345 metres in length and between 12 and 15 metres in width, has been created by Herman Tilke, one of the world’s most important race track designers, with the collaboration of the Spanish Formula One race car driver Pedro de la Rosa, being the technical advisor of the complex.

The circuit, completed with the most modern facilities, measures 1,320 square metres in size and has a main stretch of 1,726 metres making it an international reference to carry out aerodynamic experiments.

As well as looking at the speed, in Motorland Aragon there is a Karting Circuit measuring 2,049 metres in length, given the maximum approval – level A by CIK-FIA, for international trials.

Also worth mentioning are the Land Circuits in Motorland Aragon where different disciplines can be carried out like Autocross, Motocross, Supermotard, Enduro and Extrema de Enduro.